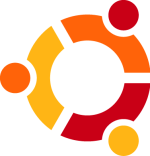 To try to broaden my Linux horizons, I wanted to try out a different distribution. Most of my Linux experience has been with one Redhat release or another (Redhat <= 9, Fedora Core 1-5, RHEL 3/4) and, to a lesser extent, Mandrake. I have installed Suse only to blow it away (had no use for it). I hadn't looked into Debian, Gentoo or Ubuntu. Until now.

A co-worker told me that he replaced his Fedora install on his laptop with Ubuntu and was really happy with it. So, I fired up a Parallels session on my Mac Mini and decided to install Ubuntu Desktop 6.06 LTS (Dapper Drake).

I must say, it was a very pleasant experience...

The Ubuntu installer is pretty cool. The CD download is actually a "Live CD". This means, you can boot to the CD without erasing your hard drive and test drive the OS without destroying what's already on the computer. There's an Installer icon on the desktop.

After playing around with Firefox while booted to the Live CD mode, I ran the installer. It is definitely one of the most straight forward, plain English, intuitive installers I've ever used. Ubuntu's slogan, "Linux for Human Beings," is right on target.

I really didn't know what to expect when I rebooted into the new OS install (vs. the Live CD). If I were a normal user, I probably would have just been able to do whatever it was I needed to do: surf the web with Firefox, check my email with Evolution, chat with friends using Gaim, edited photos with Gimp, played Solitaire or opened "Office" documents with OpenOffice. Browsing the Desktop Guide on Ubuntu's website, you learn how to install other software packages, configure Firefox to use Flash (Youtube, Google Video and a lot of other websites require it), play encrypted (read: anything you bought) DVDs, listen to music and even manage your iPod.

Personally, I don't care for Evolution (unless you're connecting to an Exchange server), so I installed the familiar Thunderbird by clicking on Applications and choosing Add/Remove. Note, though, that I did play with Evolution after having seen FC5's Evolution misbehave with Exchange. It just works. And it works well.

I was surprised that the default install didn't include SSH server, but then again, it is a "Desktop" (though Mac OS X does). But, it was trivial to install the OpenSSH Server through the Applications -> Add/Remove interface.

Managing the services through the GUI was pretty easy, though after installing OpenVPN, I didn't see an easy way to control it. I opened a Terminal, created configuration files and downloaded certificates, then ran "sudo /etc/init.d/openvpn restart" and it just worked. With Linux, I'm used to the chkconfig and service commands to manage the daemons running on my system, but I haven't found the Ubuntu equivalents yet.

All in all, I'd say that Ubuntu is the most user friendly, usable Linux desktop I've used. I could see installing this on a family member's computer and having them be able to use it without any problems. I'm quite impressed. I still have some reading to do and then I want to look at the Server version to see what's different.
Posted by Unknown at 11:32 AM