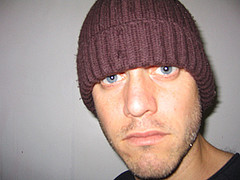 The Show with Ze Frank has come to an end. Ze Frank set out to produce a daily (weekdays) Internet show (The Show) for one year. He started on March 17, 2006.

The Show was sometimes political, sometimes nonsense, mostly funny and always entertaining. The personality Ze shows in his podcasts is likable and engaging. If you're just learning about Ze's show now, you won't get to feel what it's like to stare at your RSS feed reader towards the end of the day waiting for Ze's latest show to be available. At the very least, check out some of his popular shows.

I'm looking forward to what Ze does next. Good luck, Ze, and thanks for The Show.